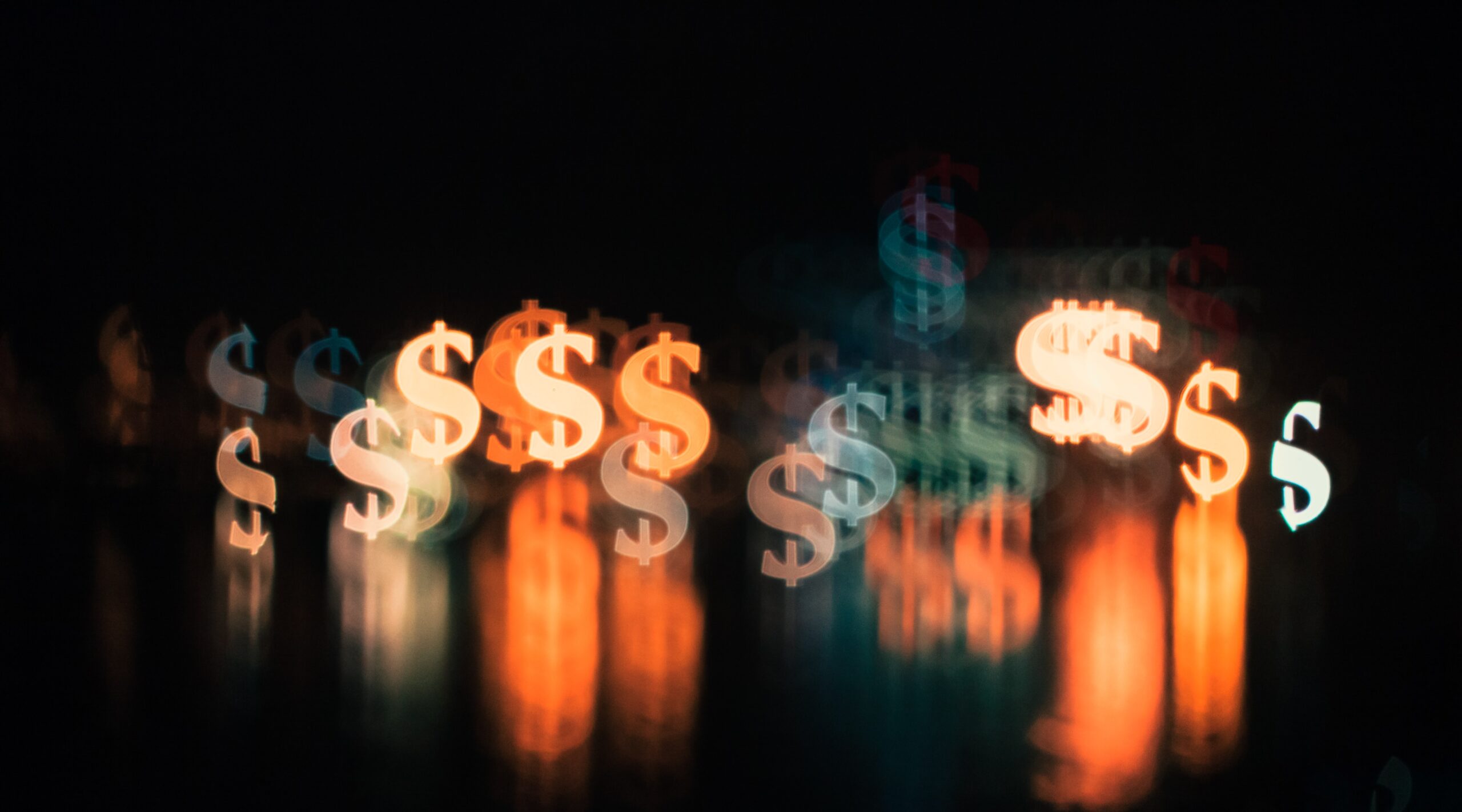 A Growing Problem With Political Discourse

What is a grifter?  They’re someone who sells you something they know doesn’t work.  Or, at least, they don’t care whether it works or not.  It’s the intentional lack of carefulness about the truth that determines whether someone is a grifter.  The end goal for these people is that they get paid, and if that means being less-than-honest, or even flatly dishonest, then that’s just fine by them.  No skin off their nose.

But the problem we have today with these people isn’t that they are scalping fake tickets, or getting people to invest in their pyramid scheme. The problem is that there is a growing cadre of so-called political commentators on YouTube and other social media sites accruing millions and millions of views, who are knowingly making bad-faith arguments about politics, particularly about the political left.  People like Tim Pool, Dave Rubin, Jordan Peterson, and Candace Owens are often pointed to as examples of this growing problem.

Your Crazy, Right-Wing Uncle Is Not A Grifter, But He Is A Victim Of It

We are not trying to claim that everyone saying outlandish things online is a grifter or a part of this problem.  But your conservative relatives retweeting and sharing the content of, say, Tim Pool is exactly what Tim Pool needs them to be doing. In November 2019, he was on The Hill’s Rising and described himself as “idealistically…far left.  But, realistically, like trying to actually accomplish policies that move us forward, I’m probably a moderate left”. Moderate left, huh? That sounds relatively harmless. But the problem is that he’s not telling the truth.

He’s aware that people perceive him as right-wing, and in the same interview says that his policy positions are to the left, but that he is “concerned about some of the same things as conservatives on principle grounds”. As an example, he points to the news media. According to Pool, the idea “that there’s media bias”, or “that a news organization is incentivized by profit” are ideas that conservatives are talking about and progressives are not.  Did Tim Pool forget that The Daily Show, both with Jon Stewart and Trevor Noah, has been hammering media bias regularly on mainstream television to millions of people for years? Jon Stewart publicly destroyed CNBC host Jim Cramer back in 2009 for his failures to be honest with his viewership about the state of the economy leading up to the 2008 financial collapse (and he even showed clips of Cramer explaining how one could deceive the SEC, oops).

The notion that conservatives are talking about media bias, and that the left is not, is absurd.  Maybe Pool is talking in terms of relative mentions? In that case, I would agree with him, as Trump probably calls CNN fake news once per day, while even the mouthiest progressive in Congress might call Fox News propaganda once per week. But of course, that’s not what our beanie-bro means.

He’s just lying – or doesn’t care about the truth.

Why Do You Think These People Are Lying?

Great question! It’s important to distinguish between grifters and useful idiots. A useful idiot is just that; someone who takes the grifter’s word as gospel and carries it downstream.  Without them, there’d be no pyramid schemes or MyPillows.  Every grifter needs their useful idiots.  But when a useful idiot approaches you and says, “hey, want to be a part of a great business opportunity?”, they aren’t technically grifting you because they believe what they are saying is true. They’re not a grifter, just an idiot.  Your crazy, proto-fascist uncle? He’s an idiot.

Let’s use Tim Pool again. He’s not an idiot, he’s a grifter. How can you tell?  Because he has expressed the importance of fact-checking, but we know he doesn’t care to do as much himself. Pool claims he is center-left, but he has donated to a Republican political candidate and expressed support for Republicans and Donald Trump multiple times.  He terrifies his audience with outlandish claims about the left while running defense for the right.

And the idea that conservatives care about media bias but progressives do not? Someone would need to have buried their head in the sand for nearly two decades to genuinely make that claim.  But, since Tim has been actively involved in media and journalism for years, there’s no credible explanation other than that he is knowingly misleading people.

But why do these grifters do this?

They’re Doing It For The Money And Fame

Duh. It’s what grifting’s all about! The grifters we’re concerned with are getting their funding primarily in one of two ways.  Either,  as in the case of Dave Rubin’s show, they receive funding from organizations funded by the Koch brothers and other conservative financiers, or they are funded like other independent media with small-dollar donations and merchandise sales.  Oftentimes grifters in one of these lanes will drift in and out of the other, but they are important to distinguish because it changes the motives involved.

In the first case, with conservative think tanks funding content like the Rubin Report, there is a direct incentive for Dave Rubin to appeal to the politics and sensibilities of the people writing his paychecks.  He needs to hit the marks they want him to hit.  If Dave Rubin was up there talking about his 2015 support for Bernie Sanders, he would not be getting his paychecks anymore.  But talking about black support for Trump? That’s gonna be a yes from me, dawg.  This doesn’t mean that there is a sith-like libertarian overlord waiting in the wings while Dave Rubin does his show, but he knows where the boundaries are and he is more than happy to stay well within them.

To pick on Tim Pool, he criticizes Trump from time to time, but he recently jumped the shark and said he’s voting for Trump.  This is from someone who described himself politically from “far-left” to “moderate left”.  Pool has oriented himself in such a way that he can provide a semblance of credibility for Trump supporters to point to and say “See! He was a leftist and now he supports Trump”.  And Pool knows this.  He once tweeted that he has “an in depth understanding of social media algorithms and what drives content”.  He needs his viewer base to buy into what he’s doing, and for that to happen Tim Pool needs to buy into what his viewer base is doing, or, at least, appear to buy into it.  And these two categories overlap, Tim Pool has been a guest on The Rubin Report and other conservative financed programs, and those with financial backing make their own money selling merchandise and books.  They go hand in hand.

What Can We Do About It?

The best thing we can do right now is to keep talking about it.  Today, truth is more important than ever, and when people can make a comfortable living distorting the truth and changing the opinions and minds of our friends and families, it has a devastating ripple effect across our personal, professional, and societal relationships.  That’s why Grftr.News exists—to be an outlet that stands against the conmen and conwomen of alternative media.

The second best thing you can do is donate to our Patreon and enable us to continue bringing you the latest and greatest in articles, dunks, and memes about our favorite right-wing swindlers. 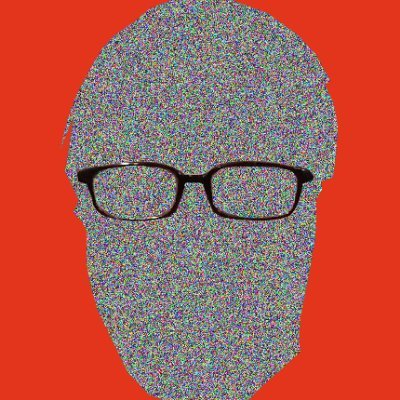 Sean Reo is a writer and musician residing in Philadelphia. He received his B.A. in Philosophy & Political Science from Montclair State University.

2 thoughts on “An Introduction to Grifting”